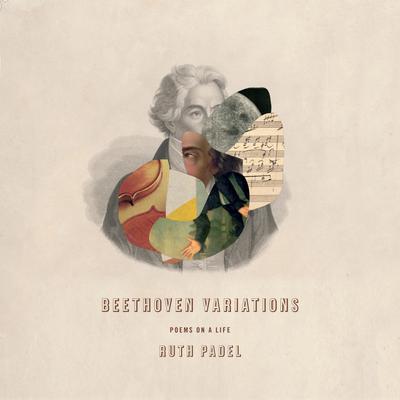 Poems on a Life

A fascinating poetic journey into the mind and heart of a musical genius, from the author of the celebrated Darwin: A Life in Poems

Ruth Padel's new sequence of poems, in four movements, is a personal voyage through the life and legend of one of the world's greatest composers. She uncovers the man behind the music, charting his private thoughts and feelings through letters, diaries, sketchbooks, and the conversation books he used as his hearing declined. She gives us Beethoven as a battered four-year-old, weeping at the clavier; the young virtuoso pianist agonized by his encroaching deafness; the passionate, heartbroken lover; the clumsy eccentric making coffee with exactly sixty beans. Padel's quest takes her into the heart of Europe and back to her own musical childhood: Her great-grandfather, who studied in Leipzig with a pupil of Beethoven's, became a concert pianist before migrating to Britain; her parents met making music; and Padel grew up playing the viola, Beethoven's instrument as a child. Her book is a poet and string player's intimate connection across the centuries with an artist who, though increasingly isolated, ended even his most harrowing works on a note of hope.


* This audiobook includes a downloadable PDF that contains a selection of Beethoven’s works and recommendations for further reading.

RUTH PADEL has written twelve collections of poetry, including the best-selling Darwin: A Life in Poems. She was the first resident writer at the Royal Opera House, Covent Garden, and the first money she ever earned--five pounds--was as a student playing viola in Westminster Abbey. She is a fellow of the Royal Society of Literature and Professor of Poetry at King's College London.