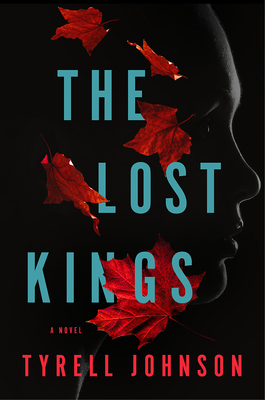 A riveting psychological thriller with a killer twist about a woman forced to confront the darkest moment in her childhood in order to move on from her past and open her heart to love.


Twins Jeanie and Jamie King are inseparable. Stuck in a cabin in rural Washington with their alcoholic father, they cling to one another for safety and companionship. Until one night, when their father comes home covered in blood. The next day, he’s gone . . . and so is Jamie. Jeanie’s whole world is turned upside down. Not only has she lost her beloved brother, but with no family left in Washington, she is ripped from everything she knows, including Maddox, the boy she could be learning to love.

Twenty years later, Jeanie is in England. She keeps her demons at bay by drinking too much, sleeping with a married man, and speaking to a therapist she doesn’t respect. But her old life catches up to her when Maddox reappears, claiming to have tracked down her dad. Stunned, Jeanie must decide whether to continue running from her past or to confront her father and finally find out what really happened that night, where her brother is, and why she was the one left behind.

At once a propulsive, heart-pounding mystery and an affecting exploration of love and the familial ties that bind us, The Lost Kings will transport, move, and shock you.

Praise For The Lost Kings: A Novel…

“The Lost Kings is a novel in disguise. You could easily (and happily) mistake it for a stellar psychological thriller, bristling with surprises and packed with secrets; but listen closely and you’ll hear the beat of a dark, full heart, strong and loud. This is deeply moving fiction, humane and affecting – the sort of book that few writers dare attempt, and fewer still manage to achieve. And while plenty of heroines in plenty of novels have pivoted to the past in order to salvage their futures, few have done so with the force and guile of Jeanie King, whom I’ll remember years from now. The Lost Kings will enrich you even as it excites you. Read it and weep.”
—A.J. Finn, #1 New York Times bestselling author of The Woman in the Window

“The Lost Kings is one of those wonderful novels that defies categorization: part psychological thriller, part coming of age tale, part exploration of the demons that dog some of the most damaged among us. It’s smart, haunting, and rich with surprise.”
— Chris Bohjalian, #1 Bestselling Author of The Flight Attendant and The Lioness

“The Lost Kings is one of those rare books that leaves you feeling conflicted: I couldn't put it down, but at the same time, I didn't want it to end. With writing that pulls you in and a story and characters that make you want to stay, it's compulsively readable from the first page to the last.”
—Stacy Willingham, New York Times bestselling author of A Flicker in the Dark

“Tyrell Johnson has written a gripping journey of one woman's profound loss. The Lost Kings is raw and unflinching, a reminder of the people who shape us.”
—Catherine Dang, author of Nice Girls

“A twisty masterpiece of a thriller.”
—PopSugar

"The Lost Kings is a harrowing story with a start that will deliver a quick punch to the gut. . . . Johnson lets the suspense unfold slowly, with a strong undercurrent of dread that pushes the story forward toward a chilling conclusion."
—Crime Reads

“Suspenseful, surprising. . . . Tana French fans will find a lot to like.”
—Publishers Weekly

Tyrell Johnson is a father, writer, and editor. His post-apocalyptic novel The Wolves of Winter (Scribner 2018) was an international bestseller. Originally from Bellingham Washington, he now lives in Kelowna British Columbia.
Loading...
or support indie stores by buying on