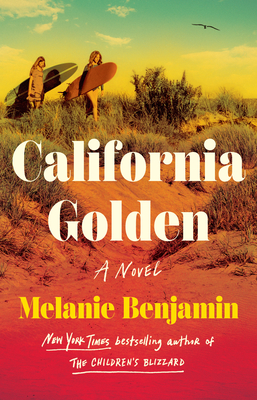 Two sisters navigate the turbulent, euphoric early days of California surf culture in this dazzling saga of ambition, sacrifice, and longing for a family they never had, from the New York Times bestselling author of The Aviator’s Wife

Southern California, 1960s: endless sunny days surfing in Malibu, followed by glittering neon nights at Whisky A-Go-Go. In an era when women are expected to be housewives, Carol Donnelly is breaking the mold as a legendary female surfer struggling to compete in a male-dominated sport—and her daughters, Mindy and Ginger, bear the weight of her unconventional lifestyle.

The Donnelly sisters grow up enduring their mother’s absence—physically, when she’s at the beach, and emotionally, the rare times she’s at home. To escape questions about Carol’s whereabouts—and chase their mom’s elusive affection—they cut school to spend their days in the surf. From her first time on a board, Mindy shows a natural talent, but Ginger, two years younger, feels out of place in the water.

As they grow up and their lives diverge, Mindy and Ginger’s relationship ebbs and flows. Mindy finds herself swept up in celebrity, complete with beachside love affairs, parties at the Playboy Club, and USO tours to Vietnam. Meanwhile, Ginger—desperate for a community of her own—is tugged into the vibrant counterculture of drugs and cults. Through it all, their sense of duty to each other survives, as the girls are forever connected by the emotional damage they carry from their unorthodox childhood.

A gripping, emotional story set at a time when mothers were expected to be Donna Reed, not Gidget, California Golden is an unforgettable novel about three women living in a society that was shifting as tempestuously as the breaking waves.

Melanie Benjamin is a prize-winning novelist and the New York Times bestselling author of California Golden, The Children’s Blizzard, Mistress of the Ritz, The Girls in the Picture, The Swans of Fifth Avenue, The Aviator's Wife, The Autobiography of Mrs. Tom Thumb, and Alice I Have Been. Benjamin lives in Chicago.
Loading...
or support indie stores by buying on