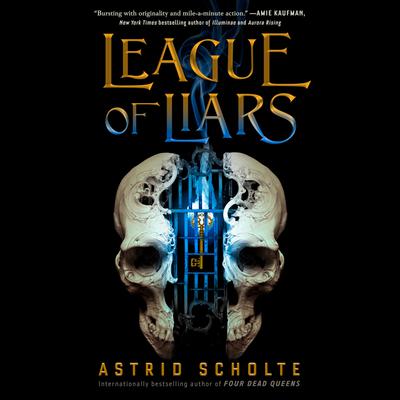 In this fantasy thriller, four teens charged with murder and caught up with the illegal use of magic band together to devise the ultimate jailbreak. Perfect for fans of Six of Crows and How to Get Away with Murder.

Ever since his mother was killed, seventeen-year-old Cayder Broduck has had one goal—to see illegal users of magic brought to justice. People who carelessly use extradimensional magic for their own self-interest, without a care to the damage it does to society or those around them, deserve to be punished as far as Cayder is concerned. Because magic always has a price. So when Cayder lands a once-in-a-lifetime opportunity to apprentice under a premier public defender, he takes it. If he can learn all the tricks of public defense, the better he’ll be able to dismantle defense arguments when he’s a prosecutor. Then he’ll finally be able to make sure justice is served.

But when he meets the three criminals he’s supposed to defend, it no longer seems so black and white. They’re teenagers, like him, and their stories are . . . complicated, like his. Vardean, the prison where Cayder’s new clients are incarcerated, also happens to be at the very heart of the horrible tear in the veil between their world and another dimension—where all magic comes from.

League of Liars is a dark and twisty mystery set in a richly-drawn world where nothing is as it seems, rife with magic, villains and danger.

Raised on a diet of Spielberg, Lucas and Disney, Astrid Scholte knew she wanted to be surrounded by all things fantastical from a young age. She’s spent the last ten years working in film, animation and television as both an artist and a manager. Career highlights include working on James Cameron’s Avatar, Steven Spielberg’s The Adventures of Tintin and George Miller’s Happy Feet Two. She lives in Melbourne, Australia, with her fiancé and two cats, Lilo and Mickey. Her debut YA novel, Four Dead Queens, was an international bestseller.