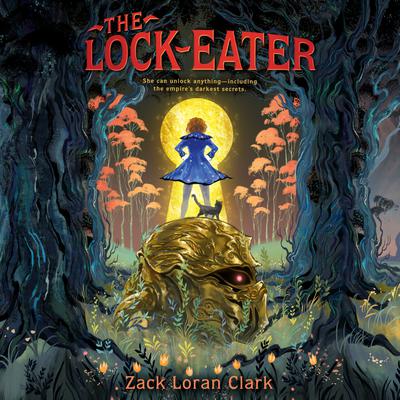 “An orphan who can open any lock at will, is swept away on an adventure that will test her understanding of the political world around her. A great story, filled with unexpected turns, balanced characters, and an undeniable charm.”
— Rosie Lee-Parks, Readers' Books, Sonoma, CA
View the List

"Will have readers tumbling through the pages . . . Deeply immersive, full of both heft and humor." —Soman Chainani, New York Times bestselling author of The School for Good and Evil series

* "One of those special books that only comes around every so often . . . An absolute revelation." —SLJ (starred review)

For fans of Nevermoor and Howl's Moving Castle comes an epic fantasy about a girl with the ability to unlock anything—including the empire's darkest secrets.

Melanie Gate is a foundling with a peculiar talent for opening the unopenable—any lock releases at the touch of her hand. One night, her orphanage is visited by Traveler, a gearling automaton there on behalf of his magical mistress, who needs an apprentice pronto. When Melanie is selected because of her gift, her life changes in a flash, and in more ways than she knows—because Traveler is not at all what he seems. But then, neither is Melanie Gate.

So begins an epic adventure sparkling with magic, wit, secret identities, stinky cats, fierce orphan girls, impostor boys, and a foundling and gearling hotly pursued by the most powerful and dangerous wizard in the land.

Action-packed yet layered, The Lock-Eater is a mix of lush world-building, high stakes, humor, and emotional heft—a page-turner and so much more.

"A new classic . . . Perfect for fans of Ursula LeGuin and Diana Wynne Jones." —Eliot Schrefer, author of The Lost Rainforest series
* "Startlingly deep [while] maintaining its swift pace." —BCCB (starred review)
"Will delight . . . An entertaining page-turner." —GeekMom
“Incredibly memorable . . Vibrant [and] skillfully wrought.” —Betsy Bird for a Fuse #8 Production/SLJ
"Inventive and lighthearted [yet still] plumbs areas of darkness and loss.” —The Horn Book
“Expansive adventure, intricate worldbuilding, and a memorable cast [will] immerse readers.” —PW
"A magical world unlike any other." —Cracking the Cover

Zack Loran Clark is a writer and editor based in New York who fervently hopes that magic is real. He and his best friend, Nick Eliopulos, have also authored the middle grade Adventurers Guild trilogy.