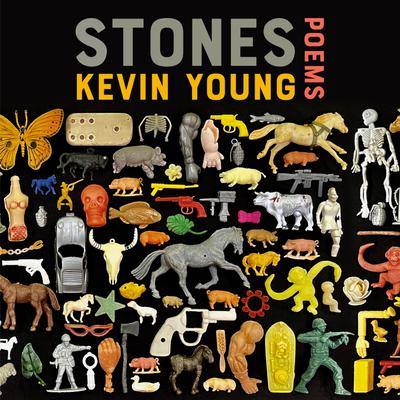 A book of loss, looking back, and what binds us to life, by a towering poetic talent, called "one of the poetry stars of his generation" (Los Angeles Times).

"We sleep long, / if not sound," Kevin Young writes early on in this exquisite gathering of poems, "Till the end/ we sing / into the wind." In scenes and settings that circle family and the generations in the American South--one poem, "Kith," exploring that strange bedfellow of "kin"--the speaker and his young son wander among the stones of their ancestors. "Like heat he seeks them, / my son, thirsting / to learn those / he don't know / are his dead."

Whether it's the fireflies of a Louisiana summer caught in a mason jar (doomed by their collection), or his grandmother, Mama Annie, who latches the screen door when someone steps out for just a moment, all that makes up our flickering precarious joy, all that we want to protect, is lifted into the light in this moving book. Stones becomes an ode to Young's home places and his dear departed, and to what of them—of us—poetry can save.

KEVIN YOUNG is the Andrew W. Mellon Director of the Smithsonian’s National Museum of African American History and Culture. He previously served as the director of the Schomburg Center for Research in Black Culture. Young is the author of fourteen books of poetry and prose, including Brown; Blue Laws: Selected & Uncollected Poems 1995-2015, long-listed for the National Book Award; Book of Hours, winner of the Lenore Marshall Poetry Prize from the Academy of American Poets; Jelly Roll: a blues, a finalist for both the National Book Award and the Los Angeles Times Book Prize for Poetry; Bunk, a New York Times Notable Book, long-listed for the National Book Award and named on many “best of” lists for 2017; and The Grey Album, winner of the Graywolf Press Nonfiction Prize and the PEN Open Book Award, a New York Times Notable Book, and a finalist for the National Book Critics Circle Award for criticism. The poetry editor of The New Yorker, Young is the editor of nine other volumes, most recently the acclaimed anthology African American Poetry: 250 Years of Struggle & Song. He is a member of the American Academy of Arts and Sciences, the American Academy of Arts and Letters, and was named a Chancellor of the Academy of American Poets in 2020.