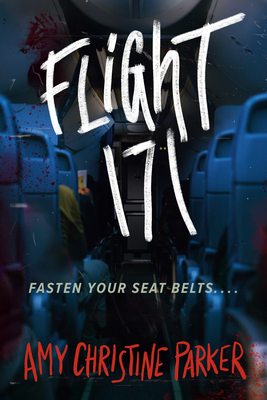 In this edge-of-your-seat horror novel, a four-hour flight takes a nightmarish turn when a supernatural creature gives a group of high school students a sinister ultimatum.

Devon Marsh is haunted by secrets. Like the identity of the person who killed her twin sister, Emily, in a hit and run accident last Halloween, which Devon has vowed to uncover. Like the things Devon said to Emily just before she died.

But she’s determined to start fresh when she boards a four-hour flight along with her classmates for their senior class ski trip. Devon never could have guessed those secrets would surface in the most terrifying way when a supernatural creature hijacks their flight and gives the students a deadly ultimatum:

Choose one among them to sacrifice before the end of the flight. Or the plane will crash.

As the clock ticks down, the creature slowly unearths the passengers’ deepest, darkest secrets—and reveals that one of the teens on the plane is responsible for Emily’s death. The students must agree on a sacrifice, or there won’t be any survivors. But can Devon find a way to stop the creature, or will she give in to her anger and let revenge take control?

AMY CHRISTINE PARKER is the author of Gated, Astray, and Smash & Grab. She writes full-time from her home near Tampa, Florida, where she lives with her husband, their two daughters, and one ridiculously fat cat.
Loading...
or support indie stores by buying on