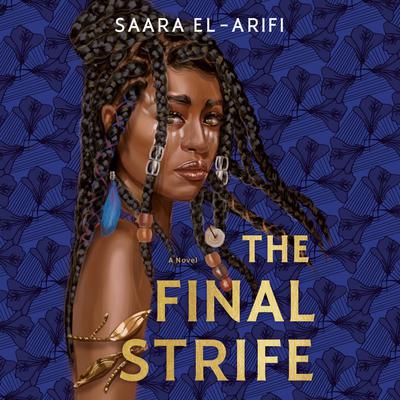 In the first book of a visionary fantasy trilogy with its roots in the mythology of Africa and Arabia that “sings of rebellion, love, and the courage it takes to stand up to tyranny” (Samantha Shannon, author of The Priory of the Orange Tree), three women band together against a cruel empire that divides people by blood.

“The Final Strife is the real deal: epic fantasy turned on its head in the most compelling way imaginable.”—Kalynn Bayron, bestselling author of Cinderella Is Dead and This Poison Heart

ONE OF THE MOST ANTICIPATED BOOKS OF 2022—Book Riot

Sylah dreams of days growing up in the resistance, being told she would spark a revolution that would free the empire from the red-blooded ruling classes’ tyranny. That spark was extinguished the day she watched her family murdered before her eyes.

Anoor has been told she’s nothing, no one, a disappointment, by the only person who matters: her mother, the most powerful ruler in the empire. But when Sylah and Anoor meet, a fire burns between them that could consume the kingdom—and their hearts.

Hassa moves through the world unseen by upper classes, so she knows what it means to be invisible. But invisibility has its uses: It can hide the most dangerous of secrets, secrets that can reignite a revolution. And when she joins forces with Sylah and Anoor, together these grains of sand will become a storm.

As the empire begins a set of trials of combat and skill designed to find its new leaders, the stage is set for blood to flow, power to shift, and cities to burn.