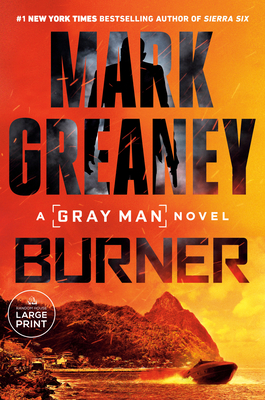 Alex Velesky is in a world of trouble. He has the key that can unlock the truth behind a web of illicit payments the Russians have spread around the globe. The money is used to subvert governments, pay off politicians, and bankroll terrorist groups—among other things. Incredibly powerful forces will do anything to keep this particular secret from getting out.

But the only man who can put the information together and share it with the world is 4000 miles away in New York City. There’s no way a Swiss banker like Velesky can hope to stay ahead of the killers on his trail for that long.

Lucky for him, he’s got an ace up his sleeve. Zoya Zakharova—former Russian intelligence officer, former CIA agent, and the Gray Man’s current lover—is determined to get the information and its courier safely to their destination.

What she doesn’t know is that there is one particularly dangerous force standing in her path—Court Gentry. In the past, he and Zoya have always worked together, but even two people who have spent their lives in the shadows can lose themselves in the dark.

Praise for the Gray Man novels

“Nonstop thriller… Hardcore action here. Greaney and the Gray Man are on their game.”—Kirkus Reviews on Burner

"Outstanding....Fans will close the book happily fulfilled and eagerly awaiting his next adventure."—Publishers Weekly (starred review)

"Full of drama and high-stakes tension, this book is perfect for fans of the Jack Ryan novels (Greaney co-wrote them!) or anyone who's just looking for a good spy story." —Today.com

"Mark Greaney reigns as one of the recognized masters of action and adventure."—Steve Berry, New York Times and #1 international bestselling author