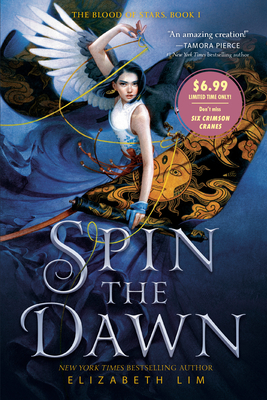 ELIZABETH LIM grew up in the San Francisco Bay Area, where she was raised on a hearty diet of fairy tales, myths, and songs. Before becoming an author, Elizabeth was a professional film and video game composer, and she still tends to come up with her best book ideas when writing near a piano. An alumna of Harvard College and the Juilliard School, she now lives in New York City with her husband and her two daughters. Spin the Dawn (book 1 in the Blood of Stars duology) was her first original novel, and Unravel the Dusk is her second. She is also the author of the New York Times bestseller Six Crimson Cranes and its sequel The Dragon's Promise and a contributor to the Twisted Tales series. Visit her at elizabethlim.com and follow her on Twitter at @LizLim and on Instagram at @elimpix
Loading...
or support indie stores by buying on