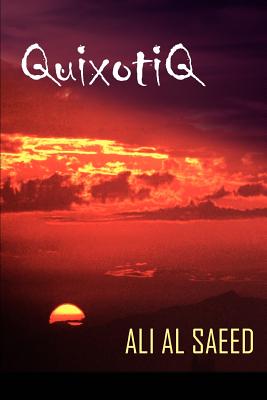 Guy Kelton is a young man with a troubled mind. His shattered dream and the relentless mundane life he's been living, alone and broken away from his family, takes an unexpected toll on him, driving him to violent, reckless extremes. He falls deeper and deeper into a bloody abyss; through extremes that would eventually lead him to the most devastating discovery about his existence.

Going through his mid-twenties, Patrick Roymint, lost and confused, still struggles to come to terms with the loss of his whole family many years ago. But soon as he decides to change all that and try to rebuild the future he's not had, he is dragged into the unseen, disturbing and filthy underworld of the little, diminishing Okay County.

As both men go through a series of mysterious and bizarre events, their lives take dramatic turns that lead them to new revelations about their past, present and future. They somehow find their fates connected by some mystic, unfathomable power.

QuixotiQ is a story about hate, love, dark secrets and self-realization, one in which hope and despair are found in the remains of shattered dreams.