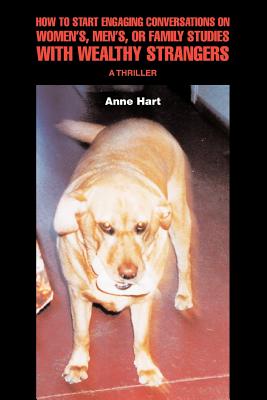 How to Start Engaging Conversations on Women's, Men's, or Family Studies with Wealthy Strangers

Anna Falco added something more to that: her belief that couples with self-respect will respect each other. Not one of Anna's clients came from families where the husband and wife or child and parent respected one another. That could be one huge reason why family wars grew into world wars.

Now family wars had become full-blown race wars in the streets of Los Angeles. Skip an octave, and old hatreds of differences fanned flames between the 'haves' and 'have-nots.'

She offered to trade the wisdom of age for the energy of youth. But it all boiled down to honor between family members. Anna explained the difference between self-esteem and self-respect.

Being an older woman reminded Wrenboy (the troubled court-appointed street teen that she had adopted) of a mother hen capable of caging his freedom. Her lined face reminded him of his own mortality at a time when he felt invincible and desperately lonely for a loving family.

Would he fear her strident voice hammering him back into childhood? Or would he accept her globetrotting to repair the world with kindness? In his search for power and autonomy, he concluded it is easier to rebel.