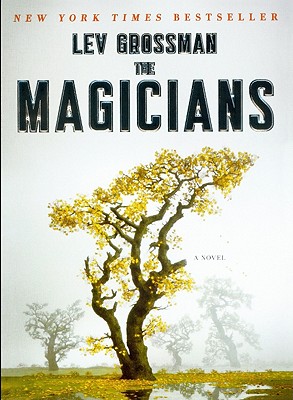 The "New York Times" bestselling novel about a young man practicing magic in the real world
Like everyone else, precocious high school senior Quentin Coldwater assumes that magic isn't real, until he finds himself admitted to a very secretive and exclusive college of magic in upstate New York. There he indulges in joys of college-friendship, love, sex, and booze- and receives a rigorous education in modern sorcery. But magic doesn't bring the happiness and adventure Quentin thought it would. After graduation, he and his friends stumble upon a secret that sets them on a remarkable journey that may just fulfill Quentin's yearning. But their journey turns out to be darker and more dangerous than they'd imagined. Psychologically piercing and dazzlingly inventive, "The Magicians" is an enthralling coming-of-age tale about magic practiced in the real world-where good and evil aren't black and white, and power comes at a terrible price.