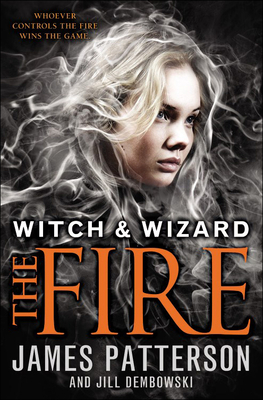 Whit and Wisty Allgood have sacrificed everything to lead the resistance against the merciless totalitarian regime that governs their world. Its supreme leader, The One Who Is The One, has banned everything they hold dear: books, music, art, and imagination. But the growing strength of the siblings' magic hasn't been enough to stop The One's evil rampage, and now he's executed the only family they had left.
Wisty knows that the time has finally come for her to face The One. But her fight and her fire only channel more power to this already invincible being. How can she and Whit possibly prepare for a showdown with the ruthless villain that devastated their world--before he can truly become all-powerful?
In this stunning third installment of the epic, bestselling Witch & Wizard series, the stakes have never been higher--and the consequences will change "everything.

James Patterson was selected by readers across America as the Children's Choice Book Awards Author of the Year in 2010. He is the internationally bestselling author of the highly praised Middle School books, "I Funny," " Confessions of a Murder Suspect," and the Maximum Ride, Witch & Wizard, Daniel X, and Alex Cross series. His books have sold over 260 million copies worldwide, making him one of the bestselling authors of all time. He lives in Florida.

Jill Dembowski graduated from the University of Michigan with a degree in literature and creative writing. She has also collaborated with James Patterson on "Witch & Wizard: The Kiss."""She lives in Pittsburgh.
or
Not Currently Available for Direct Purchase