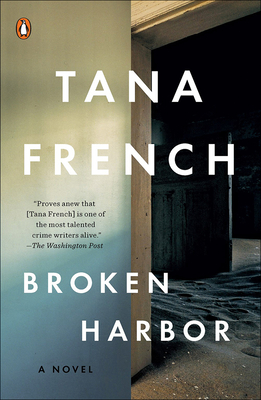 “I keep wondering how long Tana French will be able to keep up the quality of her mesmerizing Dublin detective series, but they just keep getting better! In Broken Harbor, Mick 'Scorcher' Kennedy, the hardline murder detective who made his first appearance in Faithful Place, takes the starring role. A father and his two children are murdered and their mother is in the hospital, gravely injured. What happened in their almost abandoned luxury housing development? Ghosts of both the present and the past haunt the investigation in this atmospheric procedural.”
— Susan Taylor, Book House of Stuyvesant Plaza, Albany, NY
View the List

Tana French grew up in Ireland, Italy, the United States, and Malawi. Her debut novel, "In the Woods," won the Edgar, Barry, Anthony, and Macavity Awards for Best First Novel and the IVCA Clarion Award for Best Fiction. She lives in Dublin with her husband and daughter.
Loading...
or
Not Currently Available for Direct Purchase