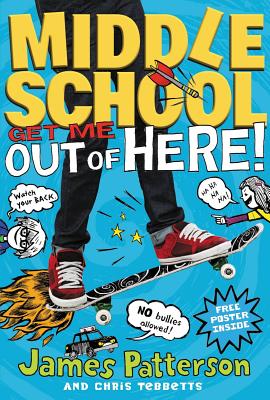 Get Me Out of Here!

James Patterson was selected by kids across America as the Children's Choice Book Awards Author of the Year in 2010. He is the internationally bestselling author of the Middle School series, "I Funny," "Confessions of a Murder Suspect," and the Maximum Ride, the Witch & Wizard, Daniel X, and Alex Cross series. His books have sold more than 275 million copies worldwide, making him one of the bestselling authors of all time. He lives in Florida.

Chris Tebbetts is the co-author of two other books in the Middle School series and""the author of The Viking, a fantasy adventure series for young readers. He lives in Vermont.

Laura Park is the illustrator of two other books in the Middle School series and "I Funny," ""and a minicomics series called "Do Not Disturb My Waking Dream." Her work has appeared in the "Best American Comics." She lives in Chicago.
Loading...
or
Not Currently Available for Direct Purchase