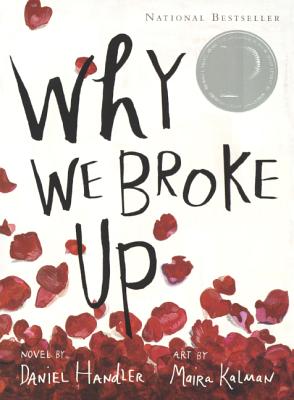 DANIEL HANDLER has written three novels under his own name, including "The Basic Eight," "Watch Your Mouth," and "Adverbs," and many books under the name Lemony Snicket, including "All the Wrong Questions," "A Series of Unfortunate Events," and the picture book "13 Words." He was dumped at least three times in high school.

MAIRA KALMAN has written and illustrated many books, such as "And the Pursuit of Happiness," "The Principles of Uncertainty," "Looking at Lincoln," "Fireboat," and with Lemony Snicket, "13 Words." Her heart was broken in high school first by a boy who looked like Bob Dylan and shortly thereafter by one who looked like Leonard Cohen.
Loading...
or
Not Currently Available for Direct Purchase