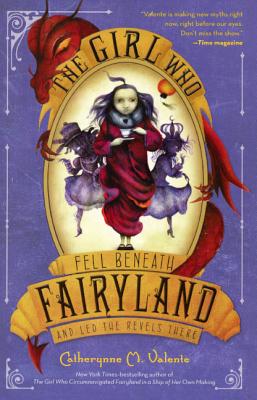 September has longed to return to Fairyland after her first adventure there. And when she finally does, she learns that its inhabitants have been losing their shadows--and their magic--to the world of Fairyland Below. This underworld has a new ruler: Halloween, the Hollow Queen, who is September's shadow. And Halloween does not want to give Fairyland's shadows back.

Fans of Valente's bestselling, first Fairyland book will revel in the lush setting, characters, and language of September's journey, all brought to life by fine artist Ana Juan. Readers will also welcome back good friends Ell, the Wyverary, and the boy Saturday. But in Fairyland Below, even the best of friends aren't always what they seem. . . .

Catherynne M. Valente, acclaimed author of many books for adults, made her children's book debut with "The Girl Who Circumnavigated Fairyland in a Ship of Her Own Making." She lives on an island off the coast of Maine with her husband.
Loading...
or
Not Currently Available for Direct Purchase