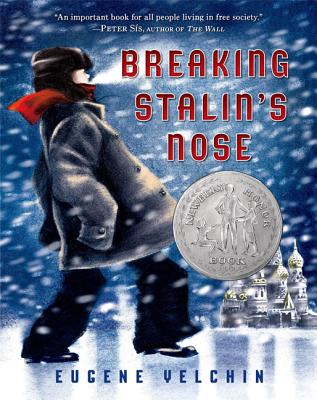 One of "Horn Book"'s Best Fiction Books of 2011 Sasha Zaichik has known the laws of the Soviet Young Pioneers since the age of six: "The Young Pioneer is devoted to Comrade Stalin, the Communist Party, and Communism.""A Young Pioneer is a reliable comrade and always acts according to conscience.""A Young Pioneer has a right to criticize shortcomings."But now that it is finally time to join the Young Pioneers, the day Sasha has awaited for so long, everything seems to go awry. He breaks a classmate's glasses with a snowball. He accidentally damages a bust of Stalin in the school hallway. And worst of all, his father, the best Communist he knows, was arrested just last night. This moving story of a ten-year-old boy's world shattering is masterful in its simplicity, powerful in its message, and heartbreaking in its plausibility.

Eugene Yelchin has illustrated several books for children, including "Who Ate All the Cookie Dough? "and "Won Ton." He lives in California with his wife and children.
Loading...
or
Not Currently Available for Direct Purchase