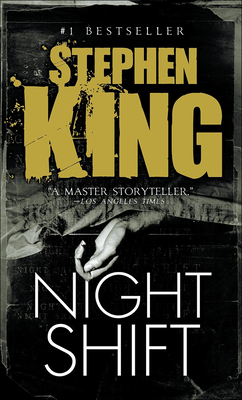 "Night Shift"--Stephen King's first collection of stories--is an early showcase of the depths that King's wicked imagination could plumb. In these 20 tales, we see mutated rats gone bad ("Graveyard Shift"); a cataclysmic virus that threatens humanity ("Night Surf," the basis for "The Stand"); a smoker who will try anything to stop ("Quitters, Inc."); a reclusive alcoholic who begins a gruesome transformation ("Gray Matter"); and many more. This is Stephen King at his horrifying best.

Stephen King is the author of more than fifty books, all of them worldwide bestsellers. Among his most recent are "Full Dark, No Stars; Under the Dome; Just After Sunset;""Duma Key; Lisey's Story;""Cell;" and the concluding novels in""the Dark Tower saga: "Wolves of the Calla, Song of Susannah, "and "The Dark Tower." His acclaimed nonfiction book "On Writing" is also a bestseller. In 2003, he was awarded the National Book Foundation Medal for Distinguished Contribution to American Letters, and in 2007 he received the Grand Master Award from the Mystery Writers of America. He lives in Maine with his wife, novelist Tabitha King.
Loading...
or support indie stores by buying on
(This book is on backorder)