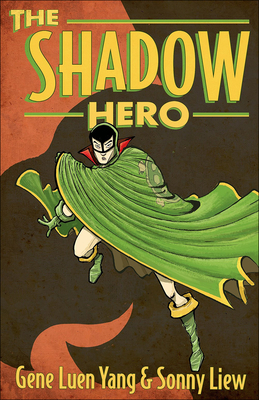 In the comics boom of the 1940s, a legend was born: the Green Turtle. He solved crimes and fought injustice just like the other comics characters. But this mysterious masked crusader was hiding something more than your run-of-the-mill secret identity... The Green Turtle was the first Asian American super hero.

The comic had a short run before lapsing into obscurity, but the acclaimed author of "American Born Chinese," Gene Luen Yang, has finally revived this character in "Shadow Hero," a new graphic novel that creates an origin story for the Green Turtle.

With artwork by Sonny Liew, this gorgeous, funny comics adventure for teens is a new spin on the long, rich tradition of American comics lore.

Gene Luen Yang's first book with First Second, "American Born Chinese," is now in print in over ten languages and was a""National Book Award finalist and winner of the Printz Award. Yang's other works include the popular comics adaptation of "Avatar: The Last Airbender," and the "New York Times" Best-Selling graphic novel diptych "Boxers & Saints. The Shadow Hero," the story of the first Asian-American superhero is his most recent graphic novel. Sonny Liew is a Malaysian-born comic artist and illustrator based in Singapore. He is best known for his work on Vertigo's "My Faith in Frankie" together with Mike Carey and Marc Hempel, and Marvel's adaptation of "Sense and Sensibility." "The Shadow Hero," a graphic novel written by Gene Luen Yang, is his most recent work.
Loading...
or
Not Currently Available for Direct Purchase