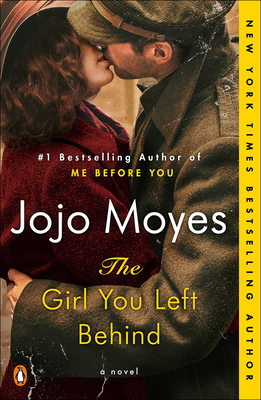 The Girl You Left Behind (Prebound)

Another New York Times bestseller by the author of Me Before You and One Plus One--a spellbinding story of two women united in their fight for what they love most
Jojo Moyes's word-of-mouth bestseller, Me Before You, catapulted her to wide critical acclaim and struck a chord with a wide range of readers everywhere. Now, with The Girl You Left Behind, Moyes returns with another irresistible heartbreaker--a breathtaking story of love, loss, and sacrifice told with her signature ability to capture our hearts.
Paris, 1916. Sophie Lefevre must keep her family safe while her adored husband, Edouard, fights at the front. When their town falls to the Germans in the midst of World War I, Sophie is forced to serve them every evening at her hotel. From the moment the new Kommandant sets eyes on Sophie's portrait--painted by her artist husband--a dangerous obsession is born, one that will lead Sophie to make a dark and terrible decision. Almost a century later, Sophie's portrait hangs in the home of Liv Halston, a wedding gift from her young husband before his sudden death. After a chance encounter reveals the portrait's true worth, a battle begins over its troubled history and Liv's world is turned upside all over again.

Jojo Moyes is the "New York Times "bestselling author of "One Plus One, The Girl You Left Behind, Honeymoon in Paris, Me Before You, The Last Letter from Your Lover," "The Ship of Brides," and "Silver Bay." She also writes for a variety of newspapers and magazines. She lives in Essex, England.
or support indie stores by buying on
Copyright © 2020 American Booksellers Association