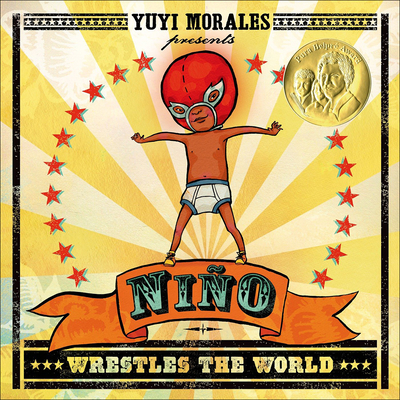 Senoras y senores, put your hands together for the fantastic, spectacular, one of a kind . . . Nino

No opponent is too big a challenge for the cunning skills of Nino--popsicle eater, toy lover, somersault expert, and world champion lucha libre competitor

Born and raised in Mexico, Yuyi Morales has been a radio producer and children's book creator since coming to the United States. Her books which have won numerous awards and honors include "Little Night" and its Spanish edition, "Nochecita," a 2008 ALA Notable Children's Book, and "Just in Case: A Trickster Tale and the Spanish Alphabet Book," both published by Roaring Brook Press. Ms. Morales lives in Northern California.
Loading...
or support indie stores by buying on
(This book is on backorder)