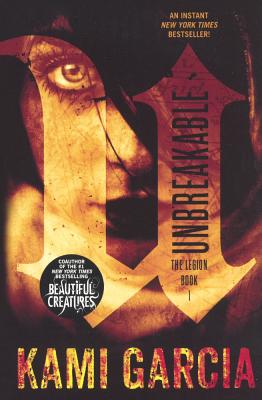 "
"2013 BRAM STOKER AWARD NOMINEE FOR SUPERIOR ACHIEVEMENT IN A YOUNG ADULT NOVEL."
""I never believed in ghosts.""Until one tried to kill me.""
"When Kennedy Waters finds her mother dead, she doesn't realize that paranormal forces are responsible--not until mysterious identical twins Jared and Lukas Lockhart break into her room and destroy a deadly spirit sent to kill her.
Kennedy learns that her mother's death was no accident, and now she has to take her place in the Legion of the Black Dove--a secret society formed to protect the world from a vengeful demon. A society left in the hands of a misfit group of teens with unique skills: Jared, combat trained, with a temper to match; Lukas, rogue hacker and code breaker; Alara, whose attitude is as powerful as her voodoo protections; and Priest, an engineer capable of making a weapon out of a soda can.
As the teens use their individual talents to battle paranormal entities, they earn their rightful places in the Legion--except for Kennedy, who is left wondering if she is truly one of them.
Can she stay alive long enough to find out--without losing her heart in the process?
"Protect Yourself.""What you can't see CAN hurt you.""

Kami Garcia is the #1 "New York Times" bestselling coauthor of "Beautiful Creatures," which is now a major motion picture. "Unbreakable" is her first solo novel and the first book in the Legion series. Kami lives in Maryland with her family and her dogs, Spike and Oz, named after characters from "Buffy the Vampire Slayer." You can find her online at www.kamigarcia.com and on Twitter @kamigarcia.
Loading...
or
Not Currently Available for Direct Purchase