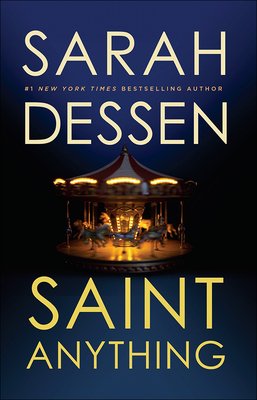 Sydney's handsome, charismatic older brother, Peyton, has always dominated the family, demanding and receiving the lion's share of their parents' attention. And when Peyton's involvement in a drunk driving episode sends him to jail, Sydney feels increasingly rootless and invisible, worried that her parents are unconcerned about the real victim: the boy Peyton hit and seriously injured. Meanwhile, Sydney becomes friends with the Chathams, a warm, close-knit, eccentric family, and their friendship helps her understand that she is not responsible for Peyton's mistakes. Once again, the hugely popular Sarah Dessen tells an engrossing story of a girl discovering friendship, love, and herself.

Sarah Dessen is one of the most popular writers for young adults. She is the #1 "New York Times" bestselling author of many novels, which have received numerous awards and rave reviews, and have sold more than nine million copies. She lives in Chapel Hill, North Carolina, with her husband, Jay, and their daughter, Sasha Clementine. Visit her online at www.sarahdessen.com.
or
Not Currently Available for Direct Purchase
Copyright © 2020 American Booksellers Association