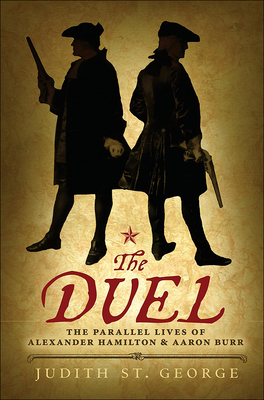 In curiously parallel lives, Alexander Hamilton and Aaron Burr were both orphaned at an early age. Both were brilliant students who attended college? one at Princeton, the other at Columbia?and studied law. Both were young staff officers under General George Washington, and both became war heroes. Politics beckoned them, and each served in the newly formed government of the fledgling nation. Why, then, did these two face each other at dawn in a duel that ended with death for one and opprobrium for the other?

Judith St. George has published dozens of successful nonfiction books for children, including the Caldecott Medal-winning"So You Want to Be President?"and the historical Turning Point series, including"You re On Your Way, Teddy Roosevelt";"Stand Tall, Abe Lincoln"; and"Take the Lead, George Washington." You can visit her online at www.judithstgeorge.com."
Loading...
or
Not Currently Available for Direct Purchase