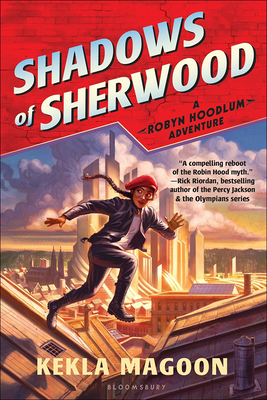 The night her parents disappear, twelve-year-old Robyn Loxley must learn to fend for herself. Her home, Nott City, has been taken over by a harsh governor, Ignomus Crown. After fleeing for her life, Robyn has no choice but to join a band of strangers--misfit kids, each with their own special talent for mischief. Setting out to right the wrongs of Crown's merciless government, they take their outlaw status in stride. But Robyn can't rest until she finds her parents. As she pieces together clues from the night they disappeared, Robyn learns that her destiny is tied to the future of Nott City in ways she never expected.

Kicking off a new series with an unforgettable heroine and a diverse band of characters, readers will be treated to feats of courage and daring deeds as Robyn and her band find their way in this cruel, new world.

Kekla Magoon is the author of "Shadows of Sherwood," as well as several young adult novels, including the Coretta Scott King Honor Book "How It Went Down"; "X," a National Book Award Finalist, NAACP Image Award Winner, and Coretta Scott King Honor Book; and "The Rock and the River," for which she received the ALA Coretta Scott King/John Steptoe New Talent Award and an NAACP Image Award nomination. In addition to writing fiction, Kekla visits schools and libraries nationwide and teaches writing at Vermont College of Fine Arts.www.keklamagoon.com

@KeklaMagoon
Loading...
or
Not Currently Available for Direct Purchase