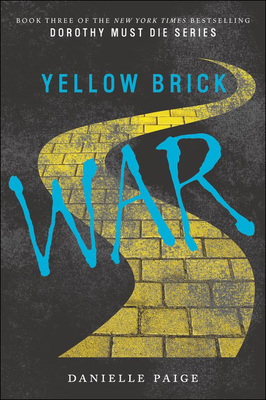 Once upon a time, there was a girl from Kansas named Dorothy.

You might know her as the Girl Who Rode the Cyclone. She ended up in Oz, where she became friends with the Tin Woodman, the Scarecrow, and the Cowardly Lion. But the temptation of magic was too much for her. She let it change her. Her friends became twisted versions of their former selves.

The magical land of Oz is now a dark and menacing place.

My name is Amy Gumm. Tornadoes must have a thing about girls from Kansas, because I got swept away on one too. I also landed in Oz, where Good is Wicked, Wicked is Good, and the Wicked Witches clued me in to my true calling:

The only way to stop Dorothy from destroying Oz and Kansas is to kill her. And I m the only one who can do it.

But I failed. Others died for my mistakes. Because of me, the portal between the worlds has been opened and Kansas and Oz are both in danger. And if I don t find a way to close it?

Dorothy will make sure I never get to go home again.