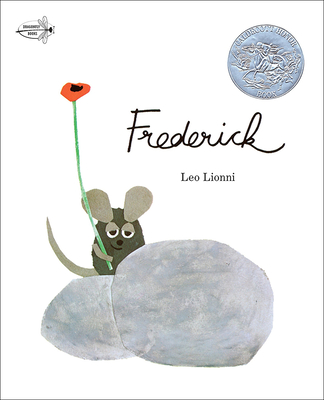 Leo Lionni's Caldecott Honor winning story about a little mouse who gathers something unusual for the long winter is turning fifty Celebrate this beloved favorite, which now includes a special introduction from noted children's book historian Leonard Marcus.
Winter is coming, and all the mice are gathering food . . . except for Frederick. But when the days grow short and the snow begins to fall, it's Frederick's stories that warm the hearts and spirits of his fellow field mice. Winner of a 1967 Caldecott Honor, Frederick has been cherished by generations of readers.
A splendid achievement. School Library Journal, starred review
In Frederick, a mouse who is a poet from the tip of his nose to the end of his tail demonstrates that a seemingly purposeless life is indeed far from that and that we need not live by bread alone Eric Carle.

Leo Lionni wrote and illustrated more than forty picture books, including four Caldecott Honor books Inch by Inch, Swimmy, Frederick, and Alexander and the Wind-Up Mouse. He died in 1999 at the age of 89."
Loading...
or support indie stores by buying on