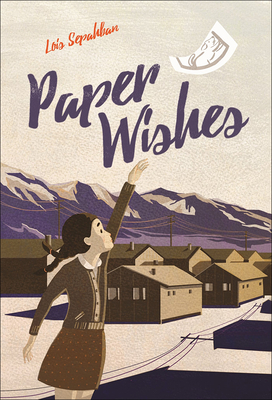 Paper Wishes by Lois Sepahban is a heartrending middle-grade novel and piece of historical fiction set during World War II about love, longing, and a girl who finally finds her voice.

"It's a novel that stays, bravely, in that place of pain, making clear that scars will be left behind not only for the children whose families were incarcerated, but also for the generations that follow. And yet, although the tone is sober and sad, it's also a novel in which a mute child finds her voice, at last." The New York Times

Lois Sepahban lives in Herrodsburg, Kentucky, where she writes children's nonfiction books for the school library market. Paper Wishes is her first novel.
Loading...
or
Not Currently Available for Direct Purchase