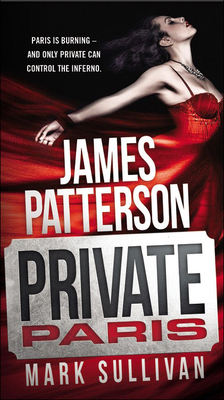 Paris is burning--and only Private's Jack Morgan can put out the fire.
When Jack Morgan stops by Private's Paris office, he envisions a quick hello during an otherwise relaxing trip filled with fine food and sightseeing. But Jack is quickly pressed into duty after a call from his client Sherman Wilkerson, asking Jack to track down his young granddaughter who is on the run from a brutal drug dealer.
Before Jack can locate her, several members of France's cultural elite are found dead--murdered in stunning, symbolic fashion. The only link between the crimes is a mysterious graffiti tag. As religious and ethnic tensions simmer in the City of Lights, only Jack and his Private team can connect the dots before the smoldering powder keg explodes.

James Patterson received the Literarian Award for Outstanding Service to the American Literary Community at the 2015 National Book Awards. He holds the Guinness World Record for the most #1 "New York Times" bestsellers, and his books have sold more than 325 million copies worldwide. He has donated more than one million books to students and soldiers and funds over four hundred Teacher Education Scholarships at twenty-four colleges and universities. He has also donated millions to independent bookstores and school libraries.
Loading...
or
Not Currently Available for Direct Purchase