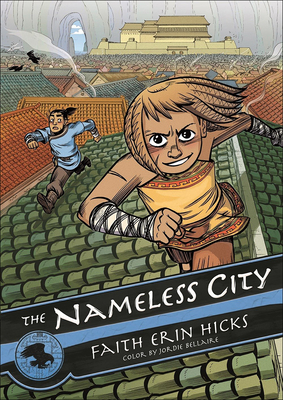 Faith Erin Hicks is a writer and artist in Vancouver, British Columbia. Her graphic novels include Zombies Calling, The War at Ellsmere, Brain Camp (with Susan Kim and Laurence Klavan), Friends with Boys, Nothing Can Possibly Go Wrong (with Prudence Shen), the Bigfoot Boy series (with J. Torres), The Last of Us: American Dreams (with Neil Druckmann), the Eisner Award-winning The Adventures of Superhero Girl, and the Nameless City series.
Loading...
or
Not Currently Available for Direct Purchase