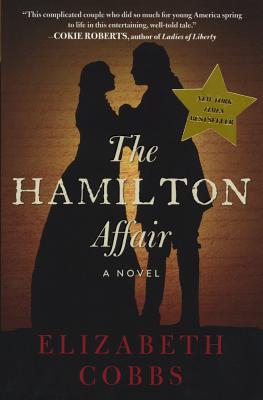 Set against the dramatic backdrop of the American Revolution, and featuring a cast of iconic characters such as George Washington, Thomas Jefferson, and the Marquis de Lafayette, The Hamilton Affair tells the sweeping, tumultuous, true love story of Alexander Hamilton and Elizabeth Schuyler, from tremulous beginning to bittersweet ending--his at a dueling ground on the shores of the Hudson River, hers more than half a century later after a brave, successful life. With flawless writing, brilliantly drawn characters, and epic scope, The Hamilton Affair will take its place among the greatest novels of American history ever written.

Elizabeth Cobbs is a historian, novelist, and documentary filmmaker. She is the author of four books on American history and a winner of the Allan Nevins Prize. Her novel Broken Promises: A Novel of the Civil War won the San Diego Book Award.
or
Not Currently Available for Direct Purchase
Copyright © 2020 American Booksellers Association