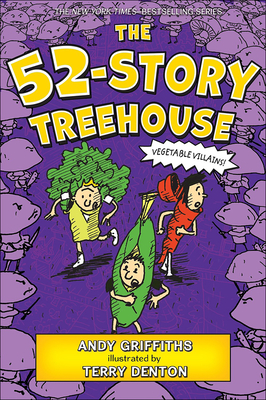 Andy Griffiths is the New York Times-bestselling author of the Treehouse series, Killer Koalas From Outer Space, The Big Fat Cow That Goes Kapow, The Cat on the Mat Is Flat, and The Day My Butt Went Psycho! In 2007, he became the first Australian author to win six children's choice awards in one year for Just Shocking! He is passionate about inspiring a love of books in his young readers, and works as an ambassador for the Indigenous Literacy Project, which provides books and literacy resources to remote indigenous communities around Australia. Andy is a big fan of Dr. Seuss and of cauliflower. He lives in Melbourne, Australia, and is Australia's most popular children's writer.Terry Denton has worked with Andy on many books, including the Treehouse series and Killer Koalas From Outer Space. He lives in Australia with his wife and three kids.
Loading...
or
Not Currently Available for Direct Purchase