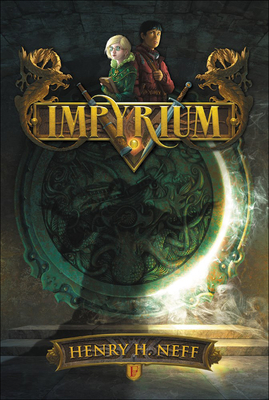 In this critically acclaimed high-stakes fantasy from Henry H. Neff, two unlikely allies--the magical prodigy and Faeregine princess Hazel and the secret genius and servant-boy Hob--confront a conspiracy that will shake the ancient world of Impyrium to its foundations.

Hazel Faeregine has always been good at magic. It is common knowledge that all Faeregines are good at magic (they are royals, after all), but it seems Hazel's powers are something more. To preserve her family's power and legacy as well as the realm, Hazel must leave the comfort of the sheltered world she knows and take on the new role of powerful mystic. At least there is Hob, a commoner boy who becomes an unlikely friend when she needs one the most. But you don't have to be a princess or a mystic to have a secret, and Hob's might be the one that destroys them all.

Henry Neff delivers an impressive start to this fresh fantasy trilogy. Entertainment Weekly gave Impyrium an A grade, saying, "Neff expertly crafts a world that is both stunning in its detail and impressive in scope...one readers will be eager to return to."