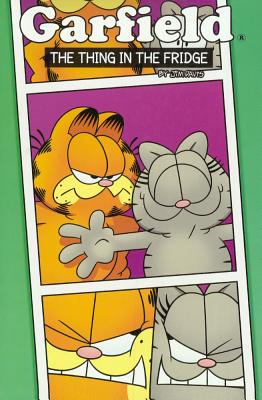 The Thing in the Fridge

All-new tales of Jim Davis' iconic fat cat, Garfield
Jim Davis' legendary creation returns to comics with three all new short stories, including contributions by star writer Mark Evanier (Garfield & Friends, Superman Adventures). Get ready for Garfield, Odie, Jon, Nermal and the rest of the gang having even more fun (and lasagna) than ever before.

Jim Davis is best known as the creator of the comic strip Garfield. Davis has written (or in some cases co-written) all of the Emmy Award-winning or nominated Garfield TV specials and was one of the producers behind the Garfield & Friends TV show which aired on CBS from 1968 to 1995. Davis is the writer and executive producer of a trilogy of C.G. direct-to-video feature films about Garfield, as well as one of the executive producers and the creator for the new CGI-animated TV series The Garfield Show. He continues to work on the strip.
or
Not Currently Available for Direct Purchase