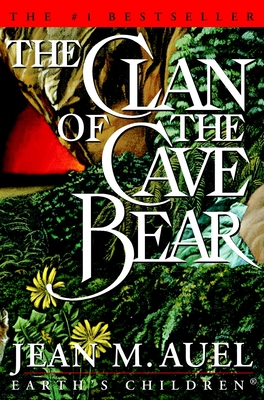 The Clan of the Cave Bear (Earth's Children #1)

This special edition includes the first 2 chapters of The Shelters of Stone.

In 1980, Jean M. Auel’s debut novel, The Clan of the Cave Bear, blazed up the bestseller lists and went on to sell millions of copies worldwide. In this first book of the beloved Earth’s Children (R) series, Auel takes us back to the dawn of mankind and sweeps us up into the amazing and wonderful world of Ayla, one of the most remarkable heroines ever imagined.

The Shelters of Stone, the long-awaited fifth novel in the Earth’s Children (R) series, will arrive on April 30, 2002. To celebrate this major publishing event, a special edition of The Clan of the Cave Bear is being offered. In addition to a personal letter from Jean M. Auel, this reissue also contains an exclusive bonus for the many fans anxiously awaiting the publication of Book 5: the first two chapters of The Shelters of Stone! Earth’s Children (R) fans everywhere will be clamoring for this collectible edition, available just in time for the holidays.

Praise For The Clan of the Cave Bear (Earth's Children #1)…

JEAN M. AUEL is an international phenomenon. Her books have sold 34 million copies worldwide. Her extensive research has earned her the respect of archaeologists and anthropologists around the world. She lives with her husband, Ray, in Oregon, where she is at work on the next book in the Earth’s Children® series.
Loading...
or support indie stores by buying on