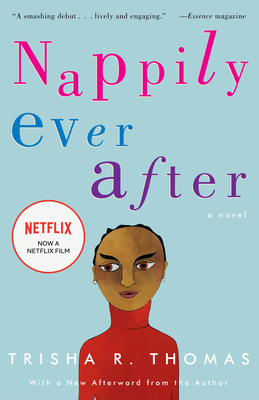 What happens when you toss tradition out the window and really start living for yourself?

Venus Johnston has a great job, a beautiful home, and a loving live-in boyfriend named Clint, who happens to be a drop-dead gorgeous doctor. She also has a weekly beauty-parlor date with Tina, who keeps Venus's long, processed hair slick and straight. But when Clint--who's been reluctant to commit over the past four years--brings home a puppy instead of an engagement ring, Venus decides to give it all up. She trades in her long hair for a dramatically short, natural cut and sends Clint packing.

It's a bold declaration of independence--one that has effects she never could have imagined. Reactions from friends and coworkers range from concern to contempt to outright condemnation. And when Clint moves on and starts dating a voluptuous, long-haired beauty, Venus is forced to question what she really wants out of life. With wit, resilience, and a lot of determination, she finally learns what true happiness is--on her own terms. Told with style, savvy, and humor, Nappily Ever After is a novel that marks the debut of a fresh new voice in fiction.

Praise For Nappily Ever After: A Novel…

“Nappily Ever After is the vibrant tale of a young woman’s journey to independence. It’s an exquisitely passionate novel from an immensely gifted new author.”
—Pamela Walker-Williams, the Page-Turner Network

“With snappy dialogue and characters readers will recognize from their own lives, Nappily Ever After is unapologetically all-natural—a fun, thought-provoking read.”
—Tananarive Due, author of The Black Rose

Trisha R. Thomas is the author of the bestselling Nappily Ever After, the first installment of Venus Johnston’s story and a finalist for the Golden Pen Best Fiction and Best New Writer Award, as well as the NAACP Image Award for Outstanding Literature in 2001. She is also the author of Roadrunner. She lives in Riverside, California with her husband and children.
Loading...
or support indie stores by buying on