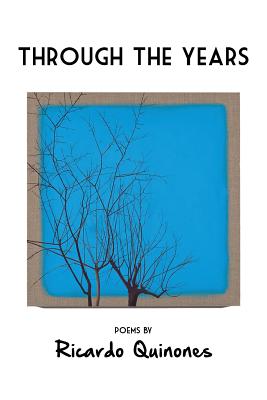 Written over the last ten years, Ricardo Quinones' debut book of poems, Through the Years, is a mixture of regular and irregular forms, with subject matter ranging from Kansas to Southern California. The sometimes jaunty and sometimes meditative poems seek to use common words in an uncommon way, mixing humor with seriousness.

But many poems are philosophical, or deeply psychological, such as "Why Do Grown Men Weep?" and "The American Writer," while others border on the religious: "Desert Bloom" and "Oil and Water." The volume contains new sections called "Wallet Poems"--poems dealing with day-to-day subjects that are meant to be carried with you.