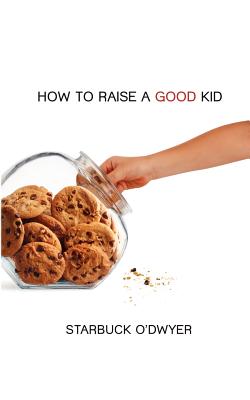 How To Raise A Good Kid

A Guide To Growing Up For Parents And Children

Named a 2012 Indie Reader Discovery Awards finalist (parenting) and a 2011 Foreword Reviews Book of the Year finalist (both humor and essay categories), How to Raise a Good Kid is a collection of 23 hilarious, honest and heartfelt stories about raising children that help parents teach lessons about core values such as faith, honesty, courage, hard work, perseverance and love. Guaranteed to make you laugh, each story is authentic, universal in theme and perfectly suited to start conversations about the importance of integrity and character, bullying, prejudice, first love, honesty and many other topics. Already translated into five languages and an international best-seller, How to Raise a Good Kid is highly entertaining and meaningful and one of the best books about parenting and the process of growing up that you will ever find.

Starbuck O'Dwyer, a native of Rochester, New York and a graduate of Princeton, Oxford and Cornell, writes novels, essays, short stories, screenplays and music under his given middle name. His critically-acclaimed debut novel, Red Meat Cures Cancer (Random House/Vintage Books), was a featured selection of the 2007 One Book One Vancouver reading program, appeared on several best-seller lists, and won two national writing awards for humor. O'Dwyer's writing has been described as "comic genius" by Kirkus Reviews and has been featured in publications and forums as diverse as Entertainment Weekly, Flaunt, Toro, Japanophile, The Journal News, PW Daily, and The Boston Globe, and he has appeared on over 350 radio and television programs including guest spots on ESPN, Voice of America, WGN and PBS. His collection of stories, How to Raise a Good Kid, a finalist in the 2012 Indie Reader Discovery Awards (parenting) and a finalist in the 2011 Book of the Year Awards (essays, humor) sponsored by Foreword Reviews, has been translated into Chinese, Afrikaans, Portuguese, German and Norwegian, and is presently being translated into Spanish, French and Dutch. Similarly, his second novel, Goliath Gets Up, a finalist in the 2012 Indie Reader Discovery Awards in the humor category, has been translated into Chinese and is presently being translated into Spanish and French. His latest story collection, High School Dance, a 2016 Global Ebook Awards gold medalist (humor/comedy non-fiction), reached #1 on the Amazon kindle best-seller list in both the Humor & Entertainment and Parenting & Relationships categories and has been translated into Spanish.
Loading...
or support indie stores by buying on