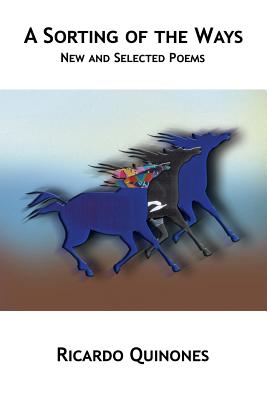 A Sorting of the Ways

Following his break-through first volume of poems, Through the Years (2010), and its successor, Roberta and Other Poems (2011), Ricardo Quinones has upped the ante with a generous selection from those earlier volumes and additions from a ready supply of new poems presented here.

A Sorting of the Ways: New and Selected Poems contains such poems as "The Grafting Tree," a mythical marriage between a giant oak and a chair; "Ten and More," the record of a ten-year-old's deflating experience of the Korean War after the jubilation of 1945 and the end of WWII; "To Pick a Penny," another far-reaching poem about the magic qualities of a penny; and "Spoiler Speech," the fragile hold of civilized consciousness against the uprising of a primitive rage. The volume also announces the demise of the popular "Wallet Poems," mainly by virtue of their own superabundance and their replacement by a new kind of verse, "Bloc Notes."

In the poem "A New Beginning," Quinones takes the gamble of expressing his own philosophical and moral desideratum as to the nature of art and society, thus enacting his belief that at sometime a writer-poet must come to grips with those things he thinks essential if a society is to be reborn.