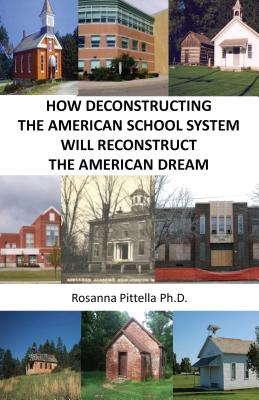 Is the American School System failing by mistake or by design? Why does a nation known globally as a democracy invest billion of its citizens' dollars in a national school system that operates on the basis of socioeconomic class? Why has America fallen in the roster of nations in education, when it once was rated number 1? The answers to these important questions are found in the thorny history of the American school system chronicled in this book. Unlike any other books on positive change in education, this book drives the reader down the historical evolution of the American school system, past the racist issues and political faux pas. Then the reader is delivered to a unique and challenging but practical proposal. This book goes one big step beyond the rest by bringing the reader to a solution in which he or she can actually participate.

How Deconstructing the American School System will Reconstruct the American Dream is a hard-hitting and detailed analysis of the effectiveness, or lack thereof, of the federal government’s increasing role in American education. Rosanna Pittella, PhD, takes the reader on a journey from the time of the colonial settlers to the present day, explaining the original goals of American education and discussing how today’s system is littered with political and bureaucratic agendas. Dr. Pittella’s main focus is on the No Child Left Behind Act (NCLB) of 2001. She examines how and why the NCLB objectives have not been met, and offers a different model—one that returns a school to the fundamentals of a well-rounded education concerned with community and instilling a joy of learning—that will create productive and happy members of society. Dr. Pittella explores the education system that existed before government involvement and after the government introduced standardized testing, and she points out that the original colonial schools did not have testing as we know it today. Students were evaluated on their knowledge of reading, writing, arithmetic, and other academic studies, but consideration was also given to the development of behavior and values outside of academic accomplishment, such as hard work and ethics. The increase in immigration that began in the late 1880s turned schools into what the author calls "the focus of testing pandemonium" as standardized testing was adopted as the means of not only evaluating students but also directing them through the most efficient academic path that would turn them into productive members of society. The testing, however, is what Dr. Pittella describes as "monomodal assessment" versus "multimodal assessment," with the latter providing a more rounded and accurate evaluation of students’ knowledge and capabilities. Dr. Pittella goes on to examine, in great detail, the evolution of government involvement in the American educational system, linking it with the social and political environment of the times. Dr. Pittella also discusses American leaders’ reliance on the results of standardized tests and their faulty belief that directing monies to the problem of education will resolve the issues of inequality and student non-success. Dr. Pittella asserts that, instead, leaders should be reconsidering the actual design and construction of the education system itself. Dr. Pittella’s call for action is clear, and she cites numerous enlightening quotations. The title she chose for the book, however, is not a good indication that it centers primarily on the ineffectiveness of certain policies and that it puts forth an argument to eliminate government involvement in education.

How Deconstructing the American School System will Reconstruct the American Dream is an eye-opening and well-researched examination of the controversial role of the federal government in today’s educational system, from kindergarten through college. It is a complex, compelling, and important read for educators and parents alike. Four stars (out of five)

Rosanna Pittella, MA, PhD, ethicist and senior program manager, has invested much of her life studying and resolving complicated organizational problems. She has built a reputation as one who delivers practical solutions, which she freely admits are unearthed and developed with help from the unrecognized experts in American industry, those on the ground-the voiceless staffs of the corporations she serves. The application of this methodology is at the heart of the One Voice Institute of Elemental Ethics and Education, that is, to document and amplify the voices of the true experts in academia, the educators themselves. Her burning desire is, with the help of educators, to develop a model for American schools that will finally address the differences and needs of children at varying socioeconomic levels, scaffolding each one to his or her greatest potential as contributing citizens of the United States and the world.
Loading...
or
Not Currently Available for Direct Purchase