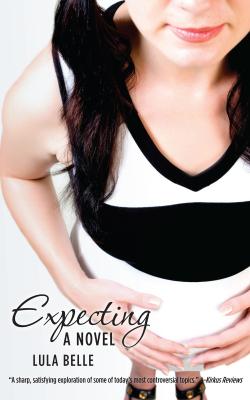 What if John McCain had won the American Presidency in 2008, then died a few months later leaving Sarah Palin to become America's first female president? What if political circumstance led to the repeal of Roe v. Wade, making abortion illegal again in nearly half of America? This is the reality of Sheila Martin's world. Sheila is a snarky, smart, fifteen-year-old piano prodigy whose main concern in life (besides boys) is her scheme to become an international pop star, just like Lady Gaga. Unfortunately, there are two problems keeping Sheila from realizing her dream: the first is her conservative, controlling mother; the second is that Sheila is pregnant. Sheila is forced to grow up a little faster than she'd like to as she learns that the secrets of the past have a way of haunting the future, that no decision is ever black and white, and that in order to truly love she must first learn to forgive.

Lula Belle has been a band-member, a janitor, a bartender, a baker, and, always, a writer. At 28, she graduated from the University of Virginia with a B.A. in English Literature, with distinction. Since then, she has tried to continue to live with distinction. Expecting is her first novel; she's working on her second. When she's not writing, she is probably vacuuming. For more information email her at LulaBelleAuthor@gmail.com or visit her website: www.LulaBelleAuthor.com
Loading...
or support indie stores by buying on