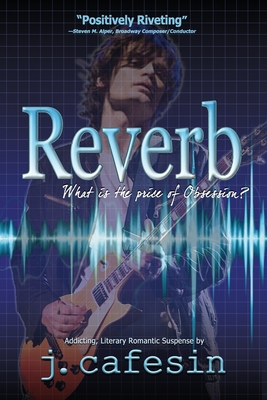 James Micheal Whren is brilliant, beautiful, rich, and taken-with his genius for creating music. He's desired by many, yet commits to no one but his muse. Just twenty-eight, and at the pinnacle of his career, on the eve of his brother's funeral his father shatters his life, and James is left abandoned in hell with no one real to save him.His odyssey to freedom takes him beyond the looking glass, to the reflection of friends and lovers. Humbled and alone, James escapes to the Greek island of Corfu. But instead of finding solace there, loneliness almost consumes him.Until Elisabeth, and her son, Cameron.Reverb is a love story, a psychological thriller paced with romantic suspense. The story chronicles intricately woven characters fraught with frailties that possess us all, and that linger long after the read. It is a tale of redemption-the evolution of a modern man from solipsist to integrated awareness, and the journey that inadvertently awakens his capacity to love.Spun from The Magus, also about a man who learns to love someone other than himself, and way beyond 50 Shades of Gray, Reverb is told like Crime and Punishment--modern, clean, edgy verging on sharp. Like nothing you've read, guaranteed...