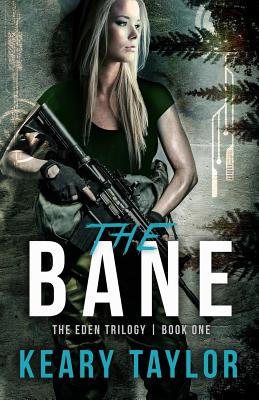 Before the Evolution there was TorBane: technology that infused human DNA with cybernetic matter. It had the ability to grow new organs and limbs, to heal the world. Until it evolved out of control and spread like the common cold. The machine took over, the soul vanished, and the Bane were born. The Bane won't stop until every last person has been infected. With less than two percent of the human population left, mankind is on the brink of extinction. Eve knows the stories of the Evolution, the time before she wandered into the colony of Eden, unable to recall anything but her name. But she doesn't need memories to know this world is her reality. This is a world that is quickly losing its humanity, one Bane at a time. Fighting to keep one of the last remaining human colonies alive, Eve finds herself torn between her dedication to the colony, and the discovery of love. There is Avian and West - one a soldier, one a keeper of secrets. And in the end, Eve will make a choice that will change the future of mankind. The Bane is The Terminator meets The Walking Dead with a heart-twisting romance. Previously published as Eden, due to reader demand it has been revamped and rereleased as The Bane: book one in The Eden Trilogy.

Keary Taylor grew up along the foothills of the Rocky Mountains where she started creating imaginary worlds and daring characters who always fell in love. She now resides on a tiny island in the Pacific Northwest with her husband and their two young children. She continues to have an overactive imagination that frequently keeps her up at night. She is the author of THE EDEN TRILOGY, THE FALL OF ANGELS TRILOGY, and WHAT I DIDN'T SAY. Please visit KearyTaylor.com to learn more about her and her writing process.
Loading...
or support indie stores by buying on