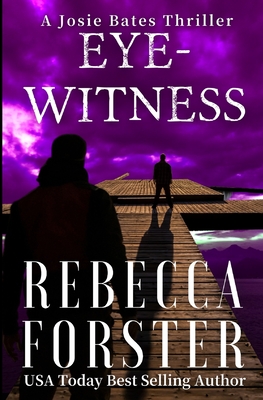 In the dead of night, Josie Bates is ripped from sleep by the sounds of an epic storm raging over Hermosa Beach. A man beats on her door, begging her to help Billy Zuni who is drowning in the raging sea. She arrives at the shore just in time to see the teenager pulled from the water, battered and near death. Ready to kill Billy's selfish, neglectful mother, Josie rushes to the Zuni house only to find someone has beaten her to it. Two men lie dead downstairs and Billy's mother clings to life on the floor above. Spurred on by Hannah's fear that Billy will be framed for the murders, Josie takes up his defense. But Billy is evasive, physical evidence points to his guilt, and the county counsel wants him committed as a ward of the state. With the clock ticking, Archer and Josie set out to find the mysterious man who can vouch for Billy's whereabouts at the time of the murders. What they find instead is a web of intrigue and deceit that stretches half way around the world, and an eyewitness who is blinded by a law Josie cannot understand.

She marketed a world-class spa when it was still called a gym, did business in China before there were western toilettes at the Great Wall and mucked around with the sheep to find out exactly how her client's fine wool clothing was manufactured. Then Rebecca wrote her first book and found her passion. Now, over twenty-five books later, she is a USA Today and Amazon best selling author and writes full time, penning thrillers that explore the emotional impact of the justice system. She earned her B.A. at Loyola, Chicago and her MBA at Loyola, Los Angeles. Rebecca has taught the Business of Creativity at University of California Long Beach Writers Certificate Program, UCLA and UC Irvine extension. Married to a Los Angeles Superior Court judge, she is the mother of two grown sons and spends her free time traveling, sewing, and playing tennis.
Loading...
or support indie stores by buying on