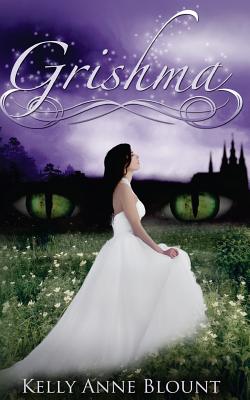 In the world of Necoh, everyone fears Grishma, a hideous murderous beast responsible for ruining or ending the lives of anyone who dare cross her. As a young boy, Ryder lived with his family, deep in the caves underneath the Kadin Forest, unaware of the horrors of the world. His simple world was turned upside down one horrible night when Grishma attacked his family, killing his father and kidnapping his mother and younger sister. From that night on, Ryder devoted his life to killing Grishma. He tracked the monster from Necoh, to our world, and back again. Unfortunately, during his quest, he accidentally transported Brooklyn, a high school junior into his tumultuous world, where she is mistakenly identified as Princess Sophie, the missing princess of Sumner. Days after Princess Sophie's return, Grishma plots and manipulates the King into drugging and marrying off his only daughter to Prince Algid of Dratun. Desperate to save Brooklyn, who now believes she is the long lost princess, his mother, and his little sister, Ryder embarks on the deadliest part of his quest. Will he save Brooklyn? Will she ever regain her memory? What will become of his mother and sister? Through epic adventure, loss, and love, GRISHMA depicts the strength of the human spirit and the tight bonds formed by the unique creatures of Necoh.

Kelly Anne Blount was born in Madison, WI. After attending university, she moved to Grand Cayman, Cayman Islands to teach elementary school. While living there, she met the love of her life and was married in a beautiful ceremony on the Caribbean Sea. After returning stateside, Kelly started to pursue another passion, writing. She recently wrote her first young fantasy adult novel in between teaching preschoolers with special needs and taking care of her husband and their five furry rescues. Kelly also enjoys reading in her free time. Her favorite genres are YA fantasy, MG, paranormal romance, and the occasional thriller.
Loading...
or
Not Currently Available for Direct Purchase