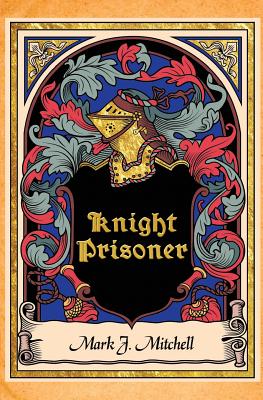 A hilarious romp through an alternative 15th century, where two great literary minds meet and pull off a jailbreak of legend.

In 1470, in the great City of London, the great French poet, Fran ois Villon, was in trouble. He had a talent for it. Carted off to Newgate prison, he is thrown into the company of that master of English crime and prose, Sir Thomas Malory.

This humorous medieval alternative history tale is told by Fremin-Villon's put-upon secretary -- who has never had an adventure of his own. He tells the story of the meeting of these two masters of writing and crime, while looking back at their early criminal adventures. Both men's lives curiously echo their literary work. It also becomes the story of Fremin himself, as he grows from being the servant of two great men, into his own manhood.

The legal and romantic situations go from bad to worse until there is only one man they can turn to, the old Knight in the prison.

Knight Prisoner is a delightful tale of adventure through the dark alleys and filthy taverns of pre-Renaissance London, infused with a warmth and humor worthy of Chaucer himself. Mark J. Mitchell's Knight Prisoner is an ageless comedy, filled with clever insight into humanity, whatever the century.