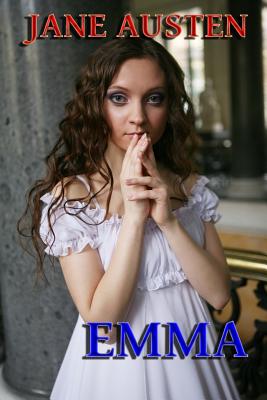 Set in the Regency era of England, Emma is a classic romance novel. Emma Woodhouse is twenty years old. She's rich, spoiled, and thinks she's a terrific matchmaker. Her only critic is her friend George Knightley. Emma tries playing matchmaker, and while she has sworn off marriage for herself, she does try to fall in love with a man named Frank Churchill because everyone seems to expect it, but soon finds herself jealous when her friend Harriet falls for George. Emma was the last of Jane Austen's novels to be published during her lifetime. Her next two books were released posthumously.

Jane Austen (1775-1817) wrote romantic novels set among the landed gentry, and won herself a place as one of the favorite and most-read writers in English literature. Scholars and critics appreciate her social commentary and her irony, while normal readers love her for her characters and stories. While her plots tended to be comic, they focused on how women had to depend on marriage to secure social standing and economic security in the late 18th and early 19th centuries.
Loading...
or support indie stores by buying on