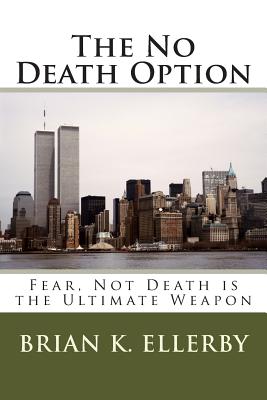 The No Death Option

The "No-Death Option" is a fictional work centering on Youssef Aziz. Youssef immigrated to the United States with his mother and father the year after Gulf War I to escape persecution from Saddam Hussein for helping the Americans. Youssef has an American education, but unknown to his family and close associates, Youssef maintains close ties with one of the radical Islamic factions in his home country of Iraq. Like a dormant virus in the human body awaiting the right conditions to awaken, so too has Youssef's and his plans lain dormant in America. Then events at his job cause him to implement his plan of attack on an unsuspecting America. His actions have serious though not deadly effects on Americans but if not stopped would kill their great American engine of consumption, the Economy. The Death of the Economy would result in the death of America without killing its people. The No-Death Option takes current events occurring in our country and tells a gripping story of what could happen if terrorists ever figure out what truly makes America work. The West, rich in political and economic wealth, has continued for centuries to move into areas rich with resources, though not welcoming of Western culture. This results in conflict that until the twenty-first century had been won by the West --- not by its intellectual prowess, but by its economic might. As with the Giant Goliath, this advantage would soon come to an end. Some in the Muslim world, the radicals or as the leaders of the West would have one to believe, the evil doers had discovered, as did David in the Bible, a small pebble delivered in the right manner could bring the giant to its knees. The war between good and evil continues.

Brian Ellerby lives in Raleigh, NC with his wife and three children. He is graduate of UNC Chapel Hill and has survived living with his wife a NCSU graduate and older son who is a NCSU junior. Go Tarheels!
Loading...
or support indie stores by buying on